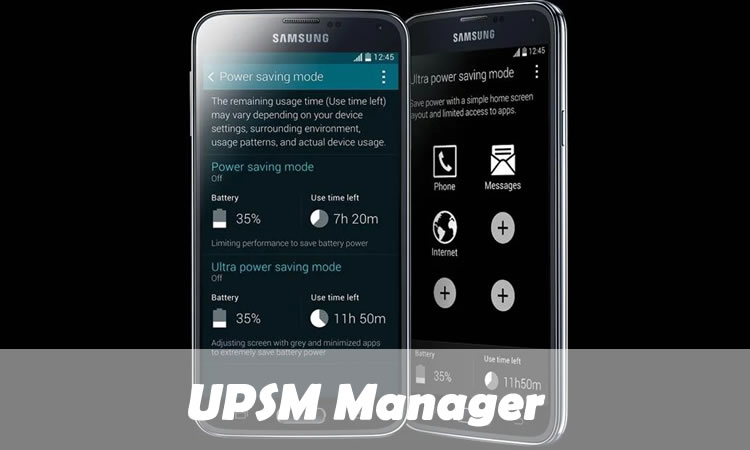 With the Samsung Galaxy S5, Samsung has progressed ahead of its competitors so much that it’ll take them ages to compete. With the launch of Samsung Galaxy S5, they introduced a power saving app, called Ultra Power Saving Mode, which can stretch your dying battery life up to days.

Now don’t get me wrong, this isn’t the standard power saving mode, it is a new utility app. It began with allowing you to save battery on Samsung Galaxy s5, and now it is featured in every subsequent flagship phone by Samsung.

Although it can squeeze a lot of juice out of a dying battery, there are certain drawbacks to it as well. Let’s explore it.

It doesn’t just restrict the background data on your phone; rather it pulls back almost everything the phone does. The biggest change you feel will be the change of display colors to grayscale.

Also, it completely restricts the running applications, allowing the user access to six key applications. Doing so, and much more in the background it reserves the free battery life. So much so, that it can give the phone a standby time of 7.7 days on 60% of battery.

Now the Ultra Power Saving Mode doesn’t kick in on its own, and it only allows you up to six applications. Here is where the UPSM Manager comes it. Let’s see what is it. Remember, UPSM Manager is a supplementary application which won’t work unless you have UPSM on your phone. Samsung Galaxy S5 battery life is pretty amazing as it is, but with UPSM you can forget where you’ve left your charger. UPSM Manager works only with rooted devices, so make sure to get your device rooted before starting with it.

Now what this allows you to do is, add more applications to the Ultra Power Saving Mode. So now instead of just six applications, you can go ahead and add as many applications as you want.

There is no limit as to how many applications you can add, but remember, adding apps to the UPSM will have an impact on the Samsung Galaxy S5 battery Life.

How to Use Ultra Power Saving Mode Manager

The UPSM Manager isn’t a free application, so pay for it, download it (from the play store) and install it.

How to use UPSM Manager? Once you install it, open it up and you’ll see a list of applications you can add to the UPSM.

Just select the checkbox next to the application you want to add to UPSM and click on save on top of the list.

Now after saving the list, it will prompt you to reboot the phone. Once rebooted, your UPSM mode will have the applications listed in it, and you are ready to go.

Where to Get Samsung UPSM Manager?

As I said, the UPSM Manager isn’t a free application. There are two apps from the same developer available on the play store by the same name. They are:

I’d recommend that you go for the UPSM+ app as it is more frequently updated with new features than the other one.

Also, a free version of the UPSM Manager app apk can be found at XDA Developers forum for free, but I’d recommend going for UPSM+, as it is the same thing, only better.