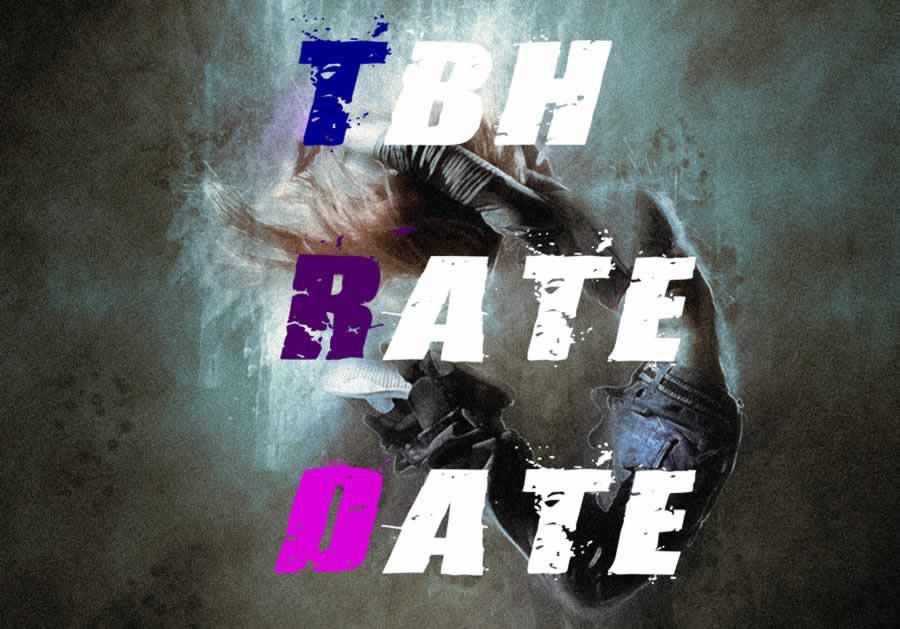 Even the most technologically-savvy of us sometimes have trouble understanding modern texting lingo, and I’ve been wondering recently what TBH, rate, and date is supposed to mean?

I mean, some of you may or may not know what TBH stands for, but what’s up with the rate and date?

Well, fear not, for, in this article, we set out to provide you all explanations necessary on the latest texting and social media lingo. So stick around.

1. So What is the Meaning of TBH In Texting?

You might have seen friends use this when giving you an opinion. The abbreviation TBH stands for “to be honest.” It is usually used to warn the other person that the speaker is speaking his mind here (it’s also often used as a way of saying “this is just my opinion, don’t take it personally”.

Here are some similar expresions for TBH:

But how do “to be honest” and rates go together? 2. What Does A TBH, Rate, Or Date Post Mean on Social Media?

A TBH, rate, or date social media post generally contains a selfie of the person and this phrase in the caption. TBH, rate and date are all social media prompts, and the meaning of TBH is slightly different from the one we’ve just seen.

The TBH part here is basically asking people to say something sincere they think or feel about the person who posted. This can be something the other person already knows or something that you’ve been ashamed or afraid to tell them so far.

Be warned that when people ask for a TBH, they do not expect something rude or negative. Usually, a TBH is just another way to compliment someone.

The rate part of the post is a social media prompt asking you to rate the person on a scale from 1 to10. Your rating must refer to personality as well as looks. Alternatively, some people ask their friends to rate them with emojis instead of numbers.

Finally, the date part of the post is asking you to say if you’d date the person or not.

Example of a reply: “TBH you seem like a nice person, rate:7, date: maybe”

TBH rate and date used to be quite popular in the mid-2010s, but they’re still used heavily today.

Sometimes, instead of asking you to rate or date them, people will use different TBH captions like “Comment for a TBH”.

Other times, people will use “Like for a TBH and a rate” as a caption.

Instead of asking you to provide your opinion, they offer to give you theirs as long as you like their post.

TBH, rate and date (or any of the variations mentioned) are the same across platforms, so if you see someone asking for a TBH (like “give me a TBH”) or offering to give you one, that’s what it means.

While these kinds of posts are the same everywhere, we will be focusing on Instagram and Snapchat, since they are the most visual platforms out there. Usually, the rating system for these posts asks you to be honest (you did promise TBH after all).

Generally, a rate of anywhere from 1 to 4 is considered pretty bad. 5 to 7 is passable, while 8 to 10 means you think rather highly of the person in question.

Remember, to give an accurate rating; you must take the following into consideration:

Most people post a selfie with the “rate” caption, but usually, they’re not simply asking you to rate the selfie, but rather them (or their profile) as a whole.

A rate might seem somewhat similar to the TBH option.

After all, isn’t saying something sincere about the person pretty same with giving them a rating?

It is, that’s true, but the two are regarded as quite different in social media slang. This is because a TBH statement can refer to one aspect of this person’s life.

You may very well admire how the individual skates, but that doesn’t mean there aren’t other aspects of his personality you find annoying or dull. Sometimes, you will get posts asking “date or pass?“.

This person is prompting their followers to answer honestly if they would date them or not.

However, if you’re not interested, there’s no reason for getting nasty and saying things like “never in a million years“. Simply comment “pass” and that’s it. A TBH, rate, and date (or really, any of the above variations that we mentioned) post is straightforward to do.

You can either post a picture of yourself and add the caption “TBH rate and date” or add a separate photo containing these three words.

But usually, most people just write it in the caption, and their followers will know what they mean.

What is “TBH in your dm?” On some posts or stories, you will find the phrase “TBH in your dm”, which means “to be honest in your direct messages”. This person is offering to give you an honest opinion of you in a private message (as opposed to in a comment).

7. How Do You Do A TBH Story on Instagram?

Alternatively, you can add a selfie as a story (either visible to all your followers or to close friends) and ask for a TBH (and rate/date, if you like) either through a caption or using stickers.

What Does “Slide Up For TBH” Mean?

In some stories, you will see this caption. This means that if you want that person to give their honest (read: nice) opinion about you, then you should slide up and respond to their story.

8. So How Do I Respond to A TBH On Instagram?

TBHs are often used by people to start a conversation with a person they like or are in love with.

And such a message poses a lot of questions on the receiver’s part, because… how do you respond to that? Well, it depends on what message you want to send this person.

Usually, a “thanks” or “thank you” is more than enough. Since most TBH messages are compliments, they should be replied to just as you would a compliment in real life. Show you’re grateful.

While you should always be kind to people, try not to overthink your reply.

Sure, for some people, these messages are an invitation to a flirt, but for some, they’re just niceties.

Some people are actually just hoping you’ll say something beautiful about them in return, but aren’t looking to start up a conversation. Sometimes a compliment is just a compliment.

The main difference (for those of you who don’t know) between these two platforms is that Instagram is more focused on nice visuals. In contrast, Snapchat is using these so-called “snaps” as a conversation starter and is much more heavily concentrated on messaging.

This is why you might see a TBH on Snapchat rather than Instagram because basically, people talk more on Snapchat. But it means pretty much the same thing as it does on Instagram – it’s just someone asking you to give a sincere opinion about them.

What is “Swipe up for a TBH” on Snapchat?

When you swipe up on a picture on Snapchat, you are practically replying to that photo. So, by inviting you to slide up, the sender is asking you to respond to the image if you want them to give you their opinion about you.

What does it mean when someone says “Snapback for a TBH” on Snapchat?

When someone snaps you (aka sends you an image) and tells you to snap them back for a TBH, they ask you to send them a photo back, and they will give a sincere opinion about you.

Not necessarily. As we mentioned, TBH messages usually prompt users to give people compliments and say nice things about them, but there will always be trolls and bullies on social media.

When someone asks for a TBH, rating, or a date/pass option, they are practically inviting these cyberbullies to make fun and be mean to them.

Through the excuse of a TBH, these bullies can post unnecessarily cruel comments or meme you (make fun of you).

By rating, you are turning a person into a number, which makes them feel judged and compare themselves to others.

This is a very serious issue since most people using such social prompts are volatile teens and young adults with a very fragile self-esteem. Rejection from their peers on social media can drive these young people to anxiety, depression, or even suicide.

So, while there are many nice aspects to the whole TBH, rate, and date game, it’s definitely a slippery slope.

Pin: Want to come back to this post quickly? Then why not SAVE THIS PIN to your Instagram Board right now?