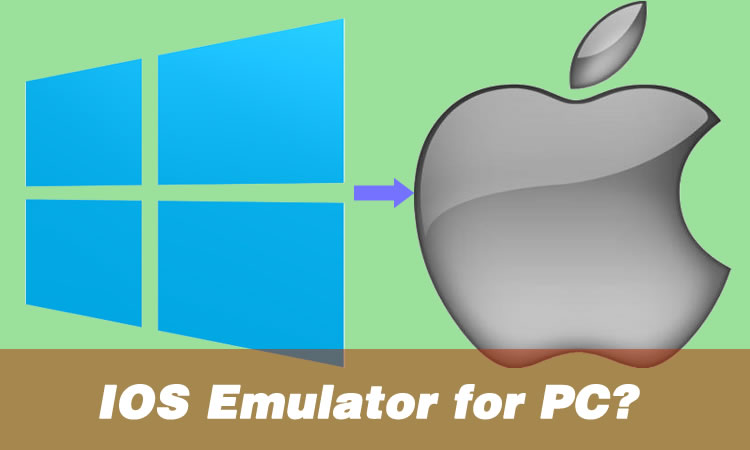 Is there an IOS emulator for PC? There seems to be more and more claims on the internet that IOS emulators for windows are out there and working. I’d like to think it is possible to download my iPhone apps straight to windows.
[table id=2 /] Like many, I tend to work on a generic tablet device and haven’t splashed out on an iPad. I also heavily rely on Windows on my home PC. I, therefore, wanted to see if it was possible to run IOS apps on windows as this could potentially help to integrate all of my multi-media devices.

Windows is currently the dominant interface for laptops and home pcs. You will be used to seeing its changing design features over the years, most notably the layout change from Microsoft 7 to Microsoft 8.

The excitement and buzz around developments in IOS software have led many people to seek similar advancements in the Windows operating system.

Searching for IOS Emulator For PC

After undertaking a lot of research, I came to the conclusion that there does not appear to be an IOS emulator for pc.

When searching on Google, I found quite a few websites claiming that certain software programs work as IOS emulator for windows.

However, it was clear when I started looking into these claims, that these websites were generally providing false information.

What is an simulator? A simulator software is something which is designed to look like the genuine article. However, the trouble with simulators is that they cannot provide the necessary hardware to back up their claims.

A true IOS emulator for pc would enable you to run all IOS apps and programs on your windows device.

I’m sure you’ve been annoyed when you’ve bought something that looked like the real thing and it hasn’t lived up to expectations.

In order to avoid such a disappointment, the following review will look at what you can expect from some of the main IOS simulators for windows currently available on the internet. iPadian appears to be one of the most popular IOS simulators for pc currently on the internet. Its popularity is connected with its ability to transform your desktop into an iPad interface.

Don’t get too excited though, by this I mean your screen will look very similar to an iPad but you will not be able to run any IOS software (only Windows applications). You also need to download and install Google Air if you want iPadian to run at all.

Another reason that iPadian is so popular is the claim that it is the best IOS emulator for windows with full acces to the app store.

You will be disappointed if you download iPadian expecting to have full access to the iTunes app store though. iPadian will only give you access to its own app store.

If you are considering downloading iPadian to your desktop to try it out for yourself, I would add a note of caution. The online forum Reddit warns against using this application as it is often connected to unwanted pop ups.

The simulator software is also very poor in design and will not provide the full IOS experience that you are looking for.

Ultimately, the decision comes down to whether or not you are looking for the full IOS experience. iPadian can only really provide a very limited ipad IOS emulator experience for windows. The Adobe Air iPhone simulator for windows is similar in a lot of ways to iPadian except that it replicates the iPhone screen on Windows (instead of the iPad). It also requires Google Air to run on Windows.

Its popularity lies in part because it seems to offer a free IOS simulator  for the windows phone.

If you are looking for a way to trial the iPhone experience on your windows phone then this software will imitate some of the IOS system features for you.

However, ultimately neither the iPadian or the Air iPhone can replicate the user experience because of their reliance on windows technology.

Xamarin Testflight for windows is a popular tool used to create apps for both IOS and android devices. It is owned by Apple and is often a preferred choice for designers as it allows them to work from one pc instead of having to access multiple devices.

Testflight is sometimes marketed as an IOS app emulator because the Xamarin.iOS for virtual studio does allow you to create IOS apps using a windows device.

However, Testflight can only work on windows when it is linked up to a networked Mac computer. This means that you are completely reliant on external hardware for it to work. Testflight is therefore not an IOS emulator for windows.

If you’re considering using Testflight, Apple’s IOS app emulator for pc’s, it is important to note that it will only give you virtual access to the IOS operating system. MobiOne Studio is often used by developers to create both IOS and android apps from the same application.

It runs on Windows and is a good choice for those looking to create cross-application apps. However, as it is a windows application, you still need to test out the apps on an IOS device such as an iPad or iPhone.

Mobione Studio is no longer supported by Genuitec. It has been replaced by MyEclipse Mobile Tools, which is available on Windows platform. The iPhone Simulator for windows is again very similar to iPadian and the Air iPhone Emulator. It claims to give you access to the iPhone’s interface on your own pc at home. It runs on Flash and can be downloaded as an app to Windows.

Once downloaded, this app will provide a realistic screen that replicates the iPhone. However, it cannot provide you with the full iPhone experience.

It is also limited by the fact that it has been designed against the older iPhone systems so you cannot see any of the design updates made from the iPhone 3 onwards.

This is a major drawback because it completely misses any updates from IOS 5, IOS 6, IOS 7 and IOS 8.

I also think that ultimately, you would want to use something that is able to replicate the most up to date IOS features on the market today. Because it is a simulated experience, it is ultimately confined to the copy cat design features of its makers. Smartface is an online tool to develop IOS and Andoid apps. The Smartface IOS emulator, in common with MobiOne Studio, is another popular choice for designers looking to create cross-application apps.

Its user-friendly website and intuitive design functions make it a great choice for those looking to create apps for both the android and the IOS market.

However, although it can help you to design and make an IOS app, it is not possible to use Smartface to run your app on Windows.

You really need to test IOS apps out on an IOS system to fully check it meets your requirements.

The iPad Simulator for windows again allows you to replicate the iPad screen on your pc. However, although it may provide you with a replica iPad screen, you are only gaining access to a simulated view and not the real thing. The iPad Simulator is a chrome extension to stimulate ipad on windows.

As I’ve described above, there are no IOS emulators for windows currently available on the market.

An IOS pc emulator fo pc may not currently exist, but there are many obvious reasons why the development of such software would be of benefit to many.

You may want to run an IOS emulator for windows on your pc simply because you want to try before you buy.

iPhones and iPads are notoriously expensive and you want to make sure that they are right for you before making such a large investment.

You may need to test out IOS apps as part of your job. If you are looking for IOS emulators for windows developers I’d really stress the point that all IOS apps should be tested out on IOS devices.

No IOS Emulator For PC Yet

None of the simulators I’ve reviewed here are able to replicate the full IOS experience. And, until a fully integrated IOS emulator becomes available for windows, you need to stick to this principle to ensure a high quality finish for your apps.

iPadian is probably the most well known and popular simulator available in the market today.

Clever marketing and web design can make it seem on first glance to provide access to IOS on your windows device. However, as I’ve stated, it can only simulate and not replicate the IOS experience.