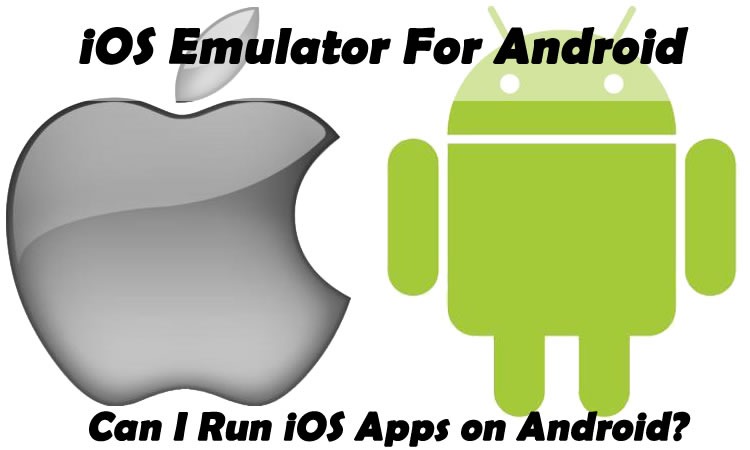 I’ve recently moved over from my old iPhone to an Android device, and I wanted to find out if it was possible to run my iPhone apps on my new phone or in other words if there was an iOS emulator for Android.

I ran a number of searches on Google and found a wide range of websites claiming that I could download an ios emulator for android on my device, such as IEMU and Cycada, which would allow me to run ios apps on android.

After reading through quite a few of these articles on how to get ios apps on android, I noticed that they were all providing similar information.

They all made it look extremely easy for me to install ios on android so I decided to find out a little bit more about these apps for myself.
Too good to be true

Unfortunately, a little bit of digging shows that neither IEMU nor Cycada can live up to the hype that some websites are suggesting.

And, although these are both the best examples of potential ios app emulators currently in development, neither are available for public consumption, and I was unable to find another ios app emulator for Android that would work.

The IEMU ios emulator for android app first came to light in 2011 when its developer posted on the Kickstarter website looking for backers to support their project.

The project itself looked to replicate the ios software itself in a way that would allow it to work in Android devices and make your Android look like ios.

The request was very successful, and the developer achieved their target amount in a record amount of time.

However, the application was inexplicably canceled not long after the original posting.

The developer confirmed that the reason for canceling the project was that it had attracted the unwanted attention of Apple, and they would need to find an alternative way to fund the project.

IEMU is therefore still in its infancy as the developer needs to work through the logistics of designing and to create a system that will allow ios apps to work on Android devices.

It is also impossible to tell if the project has been successful or not as the developer has been forced to work on the project behind closed doors.

The Cycada android ios emulator (previously known as Cider) project is being run by students at Columbia University.

Their emulator works, not by replicating the ios software, but by tricking the app into believing that it is running on ios.

The students have successfully shown that it is possible to run ios apps on android devices in this way.

However, although currently the most successful emulator to date, Cycada is not perfect as the ios apps that it has managed to run on Android are all running at an extremely slow speed.

Before Cycada is ready to go anywhere near the open market, it needs to be able to duplicate the high-speed functionality of the standard iOS operating system in the body of an android device.

Both IEMU and Cycada have attacked the ios emulator problem from very different angles, and it is far too early to tell if either will be able to compete with Apple in the marketplace.

The fear of legal action by Apple has driven IEMU underground, and we can only hope that the developer perseveres with their project.

The amount of interest for this project on Kickstarter shows just how desperate the marketplace is for an ios emulator to bridge the gap between the two platforms and there are plenty of people out there who are willing to provide backing to such a project.

In contrast to IEMU, the Cycada system has received more financial and legal backing due to its development within the protection of the university system.

Such protection has allowed its developers to promote their highly promising success, and you can currently view their progress on YouTube

However, the same confines that protect this project are the same ones that limit the work to nothing more than just a University project.

Cycada’s developers would face severe legal action from Apple if they decided to release the system to the general public.

For the moment, there are no working ios emulators for Android. However, as the development of IEMU and Cycada iOS emulator for android suggest, there is an obvious growing desire (and need) to amalgamate both iOS and android systems.

Ultimately, it will be this demand that will lead to a successful ios emulator for Android in the future.

In the meantime, it is worth considering what designers and programmers can do to help get around the iOS/Android divide.

One thing that designers can do is ensure that all Android apps are created to the highest specifications to give Android users the best possible experience on their multi-media devices.

They can also ensure that apps are designed to be used on multiple platforms by using software such as apportable which allows developers to create ios and android apps at the same time.

We need to be free to choose which software system we want for our tablets and phones. Such a choice would allow us to be free of compulsory Apple updates and software glitches.

For example, if you remember when the ios 5 updates were released, it caused huge installation issues with many users fearing that their devices would not be restored after downloading the update.

It would also offer the possibility of providing access to positive interface changes so that you could choose to update your android with iOS 7 to add many improved design enhancements to your phone.

In 2016, we hope we would be able to access interchangeable options that allow us to pick and choose the software capabilities for our lifestyle needs and devices.