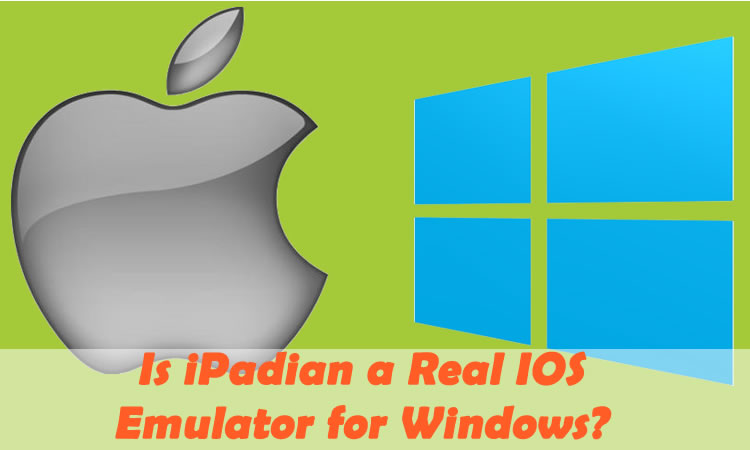 iPadian emulator is one of the widely known software programs that mirrors the iOS interface on a Microsoft Windows computer.

Have you ever wished you can run iOS apps on a Windows computer? Alternatively, ever found an awesome app from iTunes App Store and wanted you could use it on a bigger screen? You are not alone.

Apple iOS has some of the most fluid and intuitive apps with aesthetically pleasing user interfaces. Incidentally, Apple has restrictions on an open app market, hence access to the iTunes app store is restricted to iOS devices only.

What is an Emulator?

An Apple iOS emulator for PC allows you to run your favorite iOS apps on your Windows PC.

iPadian is a software program that claims to bring the iOS user interface to Microsoft Operating System, letting you experience the iPad kind of feeling on your PC.

iPadian iOS emulator does not make any changes to your computer, it only opens up a window with an iPad-like user interface, runs alongside other windows application software and uses Windows files.

Is iPadian for PC a real iOS emulator?

iPadian is not truly an iOS emulator, it only simulates iOS user interface on a Windows PC.

It is entirely a desktop application developed using Adobe Air – it is dependent on Adobe Air installed on your computer, and without it, iPadian cannot run.

When it comes to apps, you should not expect to play all your iPad apps or access iTunes using the iPadian emulator.

Major interface issues come into play too. iOS is designed for touch, hence interacting with the user interface using something else like mouse and keyboard does not sound ideal.

As you would expect to swipe across the screen on an iPad, you cannot swipe using a mouse, although it is possible to scroll up and down using the mouse wheel.

Nevertheless, it looks great, and iPadian does provide a complete iOS look environment. You get a browser, social networking with notifications, email client, music, videos, photos and some free apps.

User Reviews and Feedback on iPadian

According to user reviews from Reddit, iPadian has not provided the best experience as expected.

Apparently, Google list iPadian as to be one of the top iOS emulators, but is it really?

One user downloads iPadian emulator expecting to play a popular iOS game by the name Fallout Shelter. After downloading the game package, it is found only to contain videos of a guy playing the game and not the actual playable game app.

Is iPadian a Safe iOS Emulator?

Is iPadian safe? A program that installs something far from what you requested or expected is not safe. If you tried to install an app but something else got installed onto your computer, you should be wary.

From multiple user feedback, iPadian has been deemed unsafe and not something you would want to install on your computer.

During the installation process, there is a drop down box, well hidden, that allows you to uncheck  any malware files that it tries to install.

One funny review is about the User Interface scrolling to the right, other than the home screen. It means you can only see about the left third of the screen. Hence, makes it difficult to use the web browser and hence impossible to surface the search bar for the app store.

iPadian is ad-powered, as opposed to using a real device, you should expect to see a lot of adverts and popups while using the iPadian application. It affects the user experience when interacting with your favorite app, and an advert pops up.
iPadian app store not working or rather not having access to iTunes app store is a great drawback and disqualifies iPadian as an iOS emulator but rather just an iOS simulator.

You cannot get the apps from iTunes to use on the iPadian, making it a useless desktop application.

[su_box title=”Is iPadian Safe and Legit?” style=”noise”]Overall User feedback is negative; it installs programs you do not want, the freeware installs in the background, so you are probably not aware of programs it installs and app icons take you to things that barely fit the definition of what you wanted.[/su_box]

The iPadian from the provided links can run on Windows 7, Windows 8, and Windows 10. iPadian 2 iOS emulator for Windows PC comes with the interface of the latest iOS 9; you can get the setup from the xpadian website as well.

Before you install iPadian iOS emulator, ensure that you have a reliable Antivirus like BitDefender, Kaspersky, Norton or any other running on your computer.

Also, use a program like Sandbox. Sandbox is a software that uses isolation technology to separate programs from your underlying operating system to minimize the risk the programs might cause to your computer.

Is There a Working iOS Emulator for Windows?

In theory, it would be possible with the emulators, and it would be cool to have iOS apps running on rival Windows machines, but there is no working iOS emulator for windows as of 2016. If you would like to know more about iOS emulators for Windows, check out this article.